Born in Buenos Aires of Jewish parents of Russian origin, raised in Israel from 1950 onwards, then a student in Paris, a concert pianist since the age of seven and an inter- nationally acclaimed conductor for 60 years now, also an ardent defender of human rights, Daniel Barenboim is a true citizen of the world whose artistic ventures are as varied as his cultural influences.

He has accompanied the greatest performers with a firm hand and, as a pianist, has worked under the musical direction of such legendary conductors as Otto Klemperer and Sir John Barbirolli. Equally at ease in the intimate world of chamber music and as a conductor of imposing Wagnerian operas, he has also had a profound impact on the recording industry since the 1960s, thanks to such essential releases as the complete Beethoven piano concertos or the Mozart and Schubert sonatas.

A few months after celebrating his 80th birthday, Daniel Barenboim will perform on the stage of the Monte Carlo Opera, thus sealing the friendship and artistic complicity that binds him to its new director, Cecilia Bartoli. 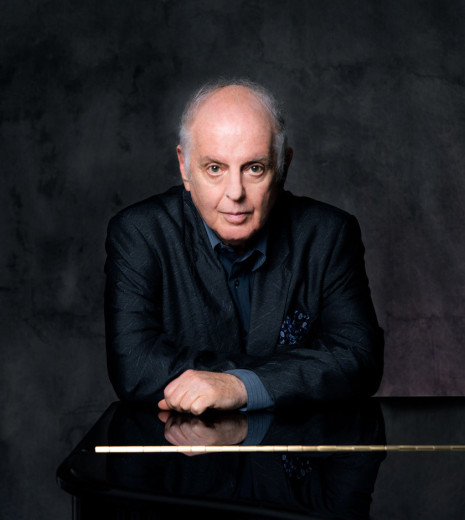 How do you feel about performing at the Salle Garnier in Monte Carlo, and is it your first time?

I first played in Monte Carlo in the 1970s, and I look forward to returning there every time.

Can you describe your acquaintance with Cecilia Bartoli?

I have known Cecilia for many, many years and admired her from the beginning. It is common knowledge that my wife pulled me out of the bath to go and watch this fascinating young Italian mezzo-soprano who was replacing someone in a Maria Callas-gala on French television. She was already a champion of Rossini then, Mozart followed a little later. I particularly love her marvellous voice, her spontaneity and her sense of humour.

To be a musician is your first profession, and at the same time you have been artistic director or general manager of major orchestras and opera houses for many years. Do you have any advice for Cecilia?

In all the years of her career Cecilia Bartoli gained a lot of experience. She knows how to stand at the helm of an institution and how to inspire. There is always a risk that administrative tasks crowd out the music. Our job is to defend the musical aspect and bring music forward. Since she is such a great artist, Cecilia will do well.

Do you already have an idea of what you will play at your recital in Monte Carlo?

What are the challenges of playing a keyboard instrument like the piano?

My father was virtually my only teacher, and he attached great importance to my growing up with Bach’s keyboard music. For him polyphonic music-making was simply one of the most important issues concerning everything relating to piano-playing. Unlike a violin or an oboe, the piano cannot seduce by virtue of its sound alone. It is a neutral instrument, and the art of playing it involves a sleight of hand. The music can only be of interest if the different strands of the polyphonic texture can all be heard and create a three-dimensional effect –just as in painting, where something is moved into the foreground and something else into the background, making one appear closer to the viewer than the other, although the painting is flat and one-dimensional.

If you find some free time during your stay in Monte Carlo, what would you like to do?

Spend it with Cecilia if she is there.