Melodramma buffo in two acts
Music by Gioachino Rossini (1792-1868)
Libretto by Cesare Sterbini, based on the comedy The Barber of Seville, or The Useless Precaution by Pierre-Augustin Caron de Beaumarchais
Premiere: Rome, Teatro Argentina, 20 February 1816

Production of the Salzburg Festival

On 20 February 1816, just as Carnival week was approaching its climax, Gioachino Rossini’s Il barbiere di Siviglia had its (eventful) premiere at the Teatro Argentina in Rome. The new opera was a highly appropriate match for the unfettered atmosphere of the Roman carnival: delighting in masks and disguise, parody and the grotesque, it is permeated through and through with the spirit of carnival. In Rossini’s work everything is energized, sharpened or exaggerated, charged with dramatic vibrancy. And thus the comedy in Rossini’s work is closer to commedia dell’arte than the French play on which it is based.

The meta-theatrical dimension that characterizes Il barbiere di Siviglia is being further expanded in Rolando Villazón’s production –thus opening up new potential for comedy and moments of poetry. An additional protagonist is being introduced, played by the great (and fastest in the world) quick-change performer Arturo Brachetti, a daydreamer who seeks distraction in old movies, especially those starring a particular diva with whom he has become enamoured.

A few words with… 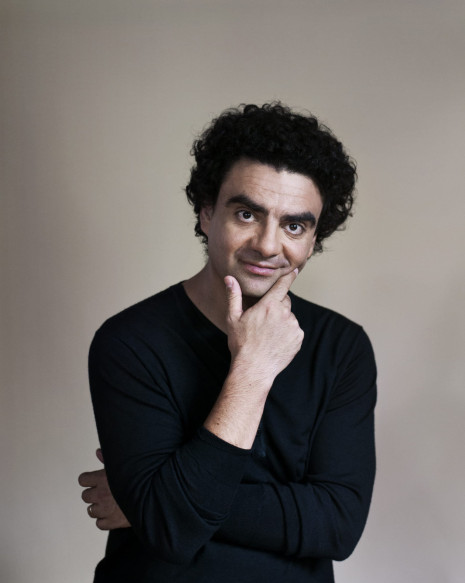 Some words about Rossini…

I got to sing Rossini very early, although his operas did not become part of my permanent repertoire. He remains for me, however, one of the greatest composers ever. Like Mozart, he was a master both of tragedy and comedy, like Mozart his music lives because of his sparkling brilliance, and his timing. And timing is crucial for good comedy.

How do you go about staging such a well-known work as the Barber?

The big question is always how to translate a piece into a visual language to which we immediately relate today without betraying the essence of the piece: you actually steal something from Rossini while at the same time staying true to Rossini… More than anything else, the staging must be musical! Visually, this production refracts Rossini’s time into our own through the world of black-and-white movies from the early 20th century, which were nostalgic and melancholic on the one hand, and rumbustious like Chaplin and Keaton films on the other. Moreover, thanks to an invented figure who at first observes the characters of the opera, and eventually starts to interact with them, we create a new sub-plot with a second level of comedy.

What do you take into consideration when staging an opera, and particularly with artists so knowledgeable in Rossini’s repertoire?

First of all, I must be far better prepared than anyone else because for me it is new! With such incredibly intelligent, creative and talented colleagues, I simply set out the archetypes of the figures, whereas the singers “steal” them from me to make them their own. In the end, I just need to regulate and say, “yes, this works in our context” or “no, that makes no sense here”. Gianluca Capuano requires a special mention, however! He is a smart and creative collaborator, always present and with valuable input. He will keep the Barber fresh and alive throughout its run, while my job as the producer ends at the dress rehearsal..

From your point as a musician who is also an administrator, do you have any tips for Cecilia Bartoli?

(Surprised) I cannot imagine why I should give Cecilia tips…! On the contrary, it is her who has always been a source of inspiration for me. With her talent and rational, as well as emotional intelligence, which is supported by a wonderful instinct, she managed to create a tailor-made career for herself which is absolutely unique. I learn so much from her and am grateful to be a small part of her universe.